Stirring at the highest level

On Germany´s largest and highest alpine pasture, the tractor driven GIANTMIX Z3 is used for stirring up cattle slurry.

The alp is located at 5,775 ft above sea level in the Fellhorn nature reserve near Oberstdorf (Germany). The alp has been run as a cooperative farm for 300 years.

In two pits the liquid manure of about 70 dairy cows is stirred, which spend the alpine summer on the mountain from the beginning of June to the end of September. There are two slurry pits on the hillside, each with a volume of 13,209 gal and 21,133 gal.

The larger of the two pits is stirred with the GIANTMIX Z3. The agitator is particularly characterized by easy handling, which facilitates its use in the slurry channel located on a slope. 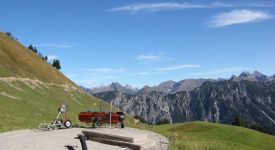 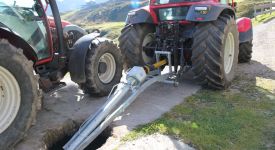 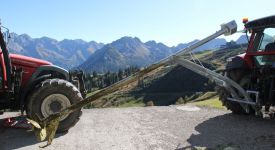 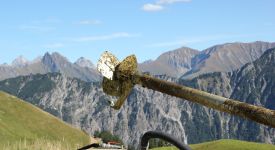